Last year, I posted a list of my goals for 2016. Let’s take a look and see how I did. (As I’m typing, I have not read these yet, so this could get interesting. 1. I will write two new manuscripts (at least). I did this one! SWEET REALITY was written in its entirety in 2016. […]

You Won’t Believe These Amazing Things I Did in 2015!!

Well, it’s that time again. Another year has flown by, and the end of 2015 is upon us. So, let’s take a look at all the fantastic things I accomplished over the past 365 years. Created my first (and last) clickbait headline (see above). Successfully consumed at least 550 liters of pure oxygen. Passed my […]

I know what you’re thinking – what does this post have to do with writing? And I have exactly two things to say to that: You don’t know me AT ALL. It’s my blog, and I want to write about cookie dough today. 😛 Now that we’ve cleared that up, I want to share something […]

I just spent a week on vacation with most of my closest friends, so this week’s overview of life’s awesome things is pretty easy. Kentucky joins my list of states I’ve visited (too tired to count, but I think I’m over 30 by now). There’s a gift shop in the Detroit airport that sells Tim […]

Oh, hey! I’ve spent the last twenty weeks appreciating the better things in life. My attitude has improved dramatically. And that’s pretty cool. Here are just a few of the awesome things that have been going on. On Sunday, I spent the day with friends who live two hours away. We don’t see them nearly […]

10 Things About My Writing

This post is inspired by one my critique partner, Mary Ann Marlowe, did a few months ago. The idea is to share your own writing quirks to see if maybe they resonate with someone else. After all, no matter where you are in the process, we’re all in this together. When a manuscript is almost […]

Here’s a peek at some of the good things that happened during the past week. Grass is growing on our front lawn! It’s not all brown and dead anymore! And there’s no massive hole around where the For Sale sign was (which, for some reason, it was at least 8x the size of the post). […]

A Look Back at my Month of “Rest”.

A month ago, I posted on The Writer Diaries about how exhausted I am and the need to rest without guilt. I also set several goals for myself for May, all geared at helping myself recharge my batteries. Let’s take a look at how I did: Visit my sister and meet my new baby niece. […]

Wow, I can’t believe it’s almost June. Anyway, a peek at all the things in life to be grateful for: On Sunday, we had a BBQ with friends. Great food, board games, excellent conversation, and someone showed us the glorious result of mixing cinnamon schnapps with apple cider (that should almost get its own mention). […] 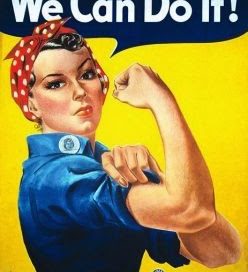 It occurs to me that some people may think Being Awesome is about bragging. That’s really not it at all. I’m not saying “Gee, my life is so fantastic, look at me and be jealous.” Life is hard. For every awesome thing that happens in a week, at least three non-awesome things happen. But that […]

Good morning! I decided to push this week’s post back a little, so all the #PitchSlam posts would still be the first thing to pop up when agents visit my blog to make requests. But, I think these weekly affirmations are important, even though I’m essentially the only person who reads them. So, here we […] 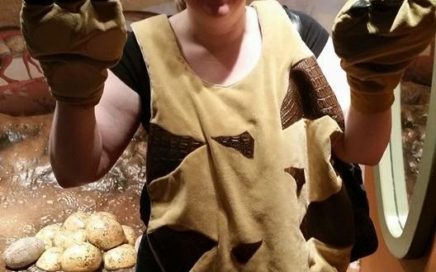 So much awesome this week, this could be a very long blog post. And you know what? GOOD! The fact that I have so many great things to talk about that it could take awhile only shows that my rededication to being awesome is working. My sister had a baby! This is so very exciting. […]