Query Kombat Agent Round 8: THE HALF-ORPHAN’S HANDBOOK, YA Contemporary

Query Kombat Agent Round 10: MARS BARS AND SNICKERS, YA Space Opera (Own voices)

Title: Red Letter Law Entry Nickname: Mars Bars and Snickers Word Count: 68k Genre: YA Space Opera #ownvoices Query: On Mars in 2038, people are selling other people. Those who run this trade call it indentured servitude, but fifteen-year-old Lonnie Freeman doesn’t buy it. When her mom and stepdad lose a Mars-ton of money, they […]

Title: IN HER OWN SKIN Entry Nickname: This Selkie Can’t Swim Word count: 70K Genre: YA Contemporary Fantasy Query: At sixteen, Emily is an extraordinarily fast varsity swimmer, until one day the chlorine burns like acid and she nearly drowns. Unable to swim in the pool again and hearing voices calling her into the ocean, a long-submerged memory floats […]

Query Kombat Agent Round 12: NOWHERE LAND, YA Historical (Own Voices)

Title: Super WeenieEntry Name: Bust the Bubble WrapWord Count: 48,000Genre:  MG Contemporary; OwnVoices (Allergy/Anaphylaxis) Query:Eleven-year-old SAFFRON LEWIS wants to be a regular kid, but her life-threatening food allergies, medical alert bracelet and ever-present EpiPen make her feel like a weirdo.  The nickname assigned by her older brother when she was two years old isn’t helping matters. She swallowed one bite of nutty Halloween candy, turned the […]

Query Kombat Agent Round 14: BE GRATEFUL FOR COOKIES, MG Contemporary

Well, Round 1 of this crazy contest officially ended Monday night. We promised blood, and blood there was. Also tears, nail-biting, and some hair-pulling. Congratulations to all of you who fought hard and came out victorious. Please have your revised entries to us by Tuesday, June 6th at 8 am EDT. Use the same format […] 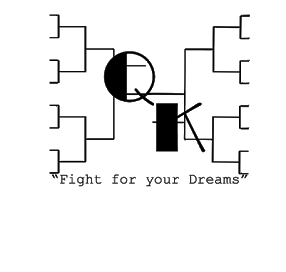 Query Kombat 2017 starts now! May the Odds Be Ever in Your Favor!

Get that thick skin in place because here we go! Round 1 Hop on over to Mike’s and Michelle’s blogs to see the rest of the match-ups and entries! They are spread all over the place. Some here, some there. We’ve got a little bit of everything: Adult/NA, YA, and MG! This round lasts until June 5th at 8 […]

Query Kombat Round 1: CHILD AND FAMILY SERVICES vs. STANDS BY UNTIL HE DOESN’T

Query Kombat Round 1: THE NOSE KNOWS vs. THE LAKE OF HAUNTED MEMORIES

Title: The End of the World as We Know it Entry Nickname: The Nose Knows Word Count: 69k Genre: Adult contemporary fantasy. Ownvoice–Latino (two of the multiple POVs) Query: Eddie Nezevitch has a unique gift—just like everyone else. Though his power ranks low and poses no danger, it is why he’s the best homicide detective […]

Query Kombat Round 1: BOUNTY AND THE BEAST vs. THE MARIZPAN PIZZA

Title: Dangerous Beasts Entry nickname: Bounty and the Beast Word count: 89,000 Genre: Adult Fantasy Romance  Query: Exiled Charmer Leena Edenfrell is in deep shit. Wanted by the Charmers Council for selling rare and endangered creatures on the black market for profit, they’ve hired an assassin to kill her. With the realm’s most talented murderer for hire nipping […]