Title: CURTAIN RISING Genre: Adult Women’s Fiction Word Count: 105,000 My MC and MA (main antagonist) are dressed as:  The protagonist Missy has always done anything to support her family. Upon uncovering that her father Jack hid her adoption and that her real mother is alive, Missy decides it’s time to break free of her dad’s shackles. In […]

Title: A COUNTESS BETRAYEDGenre: Adult HistoricalWord Count: 98,000  My MC and MA (main antagonist) are dressed as: Royalty. One thing Elizabeth and her cousin Thurzó both have in common is how highly they regard their positions in the nobility while dreaming of having more power. Both dread sinking in status and becoming lesser than their peers. They would love […]

NoQS Adult Fantasy: GETTING BACK

Title: GETTING BACK Genre: Adult Fantasy Word Count: 72,000 My MC and MA are dressed as: Diana would refuse to dress up for Halloween, so she’d go as herself, a queen. However, Calla’s passive ambitions would drive her to dress up in a queen costume, crown and all. Calla would eat up the look on Diana’s face if […]

Title: POPULIST Genre: Adult Speculative Fiction Word Count: 102,000 My MC and MA (main antagonist) are dressed as: Greg is dressed as Donald Trump. His wheat-colored wig keeps slipping off of his head, and the orange makeup causes him to sweat. Even though he hates politics, he can’t resist an opportunity to provoke others. The antagonist, Malcolm, contends with […]

Title: THE CAMP Genre: Adult Science Fiction Word Count: 94,000 My MC and MA are dressed as: Celia, the main character, is terrible at picking costumes but she found a ridiculous blue pinafore at a second-hand shop. In a stroke of genius, she decided to go to the party as Dorothy from the Wizard of Oz. At the […]

Title: DISTRACTEDGenre: Adult Contemporary RomanceWord Count: 80,000 My MC and MA are dressed as: Although Jackson mandated that the team would all dress as characters from popular videogame Halo, and assigned Alicia the Cortana character, there’s no way she’s going to wear skintight blue spandex in front of her all-male team. Instead, she dresses as Master Chief Petty Officer […] 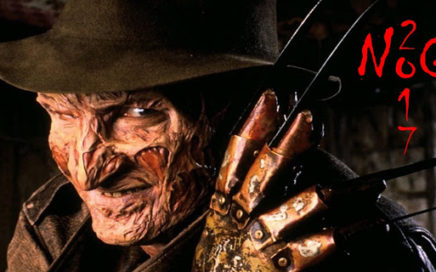 The Nightmare is Back

One…Two…We are coming for you. Three…Four…There will be a slush war. Five…Six…Get your query fixed. Seven…Eight…Make your first page great. Nine…Ten…Yes, we’re at it again. Nightmare on Query Street The agents are ready…. Are you? Face your Fear October 13, 2017

Title: DOUBLE-CROSSING THE BRIDGE: A TROLL HEIST Genre: Adult Humorous Fantasy Word Count: 80,000 My Main Character’s Most Stressful Relationship is: Granu had one moment of weakness when the burdens of unemployment weighed so heavily, she needed to blow off steam. A night at Goron’s throwing back grog turned into an embarrassing one-night-stand with her […]

Title: WOMAN ENOUGH Genre: Women’s Fiction Word Count: 77,000 My Main Character’s Most Stressful Relationship Is: My character’s most stressful relationship is with her mother. Angst between the two has been there since the days Becca received less than perfect scores in her gymnastics routines; her mother never praising her, but instead pushing her to […]

Title: PRIME MAPLE Genre: Adult Romantic Suspense Word Count: 80,000 My Main Character’s Most Stressful Relationship is: Ecophysiologist Jen Preston’s most stressful relationship is with people. She’d rather hang with the trees. Except for Vic LaVigne. Her ex has this way of putting anyone at ease. Might be how he won the Canadian election by […]

Title: THE DEMANDS OF GRACE Genre: Adult Up-Market Women’s Fiction Word Count: 90,000 My Main Character’s Most Stressful Relationship: Gemma has a mind of her own. She fought her parents to be allowed to dance, met her lover in a pool hall, and is determined to win a solo in Nutcracker. Her strong character often […]

Title: ADVENTURES FROM THE LEDGE Genre: Adult Women’s Fiction Word Count: 80,000 My Main Character’s Most Stressful Relationship is: Carter’s most stressful relationship is with the Grand Canyon. The canyon is always trying to find a new and inventive way to end her life. If not the canyon itself, the people inside it. Sure, Carter’s […]