Title: House of Our Dreams Genre: Women’s Fiction Word Count: 100,000 Special Question: The Emperor, because power is wickedly delicious. 35 Word Pitch: To fulfill her mother’s final aspiration, Serena must restore the dilapidated 1820s house built by her Spanish ancestors. But her relatives each have conflicting plans for capitalizing on the valuable California property.  First 250 Words: The two-story adobe rose out of the earth, […]

Title: FOLD Genre: Adult Science Fiction Word Count: 89,000 Special Question: If your main character could be any Star Wars character, who would they choose and why?  Berk would choose Obi-Wan Kenobi because he is wise and a good guy. But I’d say Darth Vader because most everything Berk does ends up hurting other people. 35 Word Pitch: Berk is a doomsday prepper […]

Title: A Complex Solution Genre: YA Contemporary Word Count: 82,000 If my main character could be any character she would choose Han Solo. Here’s why: Han is a carefree spirit who lives life to the fullest.  He has a great sense of adventure and doesn’t worry about others’ opinions of him. My main character worries […]

Title: Level With Me Genre: YA Contemporary Romance Word Count: 80,000 Special Question: If your main character could be any Star Wars character, who would they choose and why? There is seriously not enough kissing in Star Wars. So that leaves me Princess Leia. While I’d never kiss my own brother, she’s the only character […]

Title: INTERGALACTIC THISTLE Genre: YA Space Opera    Word Count: 69,000 Special Question: If your main character could be any Star Wars character, who would they choose and why? Heir to a massive intergalactic Viking empire, Ingrid “Thistle” Angsar III would choose to be Padmé Amidala in hopes of gleaning some of Amidala’s incomparable leadership skills […]

Title: Forgotten Genre: YA Contemporary Word Count: 80,000 Special Question: Darth Vader. Austen is bossy, always in control, and will stop at nothing to win. But there’s also a soft side in there somewhere, miles beneath that hard shell. And she’s hiding some significant family secrets (maybe nothing as shocking as hidden Jedi twins, but secrets nonetheless). […]

The Revenge of The Writers

Is the force strong with us? We’ve spent the past week critiquing you, so now that you’ve read our comments, it’s time to respond. I unfortunately don’t have anything to post (the downside of working on a sequel), so I’m sharing Kara’s pitch and first 250. In the comments, choose an ANONYMOUS name and let […]

We Need to Do Better: Receiving Sensitivity Feedback

This entire blog can be summed up by a quote from one of my favorite books, Confessions of a Shopaholic:  “If you bother to ask someone’s advice, then bother to listen to it.” One of the manuscripts I recently completed is about the relationship between a trans woman and a demisexual woman. I did a […] 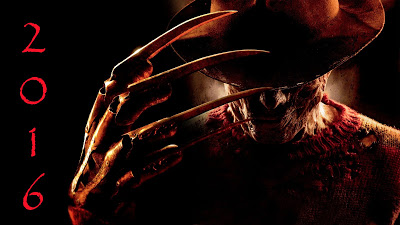 One…Two…We are coming for you. Three…Four…There will be a slush war. Five…Six…Get your query fixed. Seven…Eight…Make your first page great. Nine…Ten…Yes, we’re at it again. Nightmare on Query Street The agents are ready…. are you? Face your Fear October 14, 2016

How to Write a Romance

One thing I noticed reading my PitchWars subs this year (and talking to other mentors) was how many entries were submitted under the wrong genre. Personally, I was accepting both women’s fiction and romance, so it’s not the end of the world when an entry said the wrong one. However, I talked to some mentors […]

This year, I narrowed my wish list for PitchWars pretty significantly to help target submissions more toward my interests. I expected this would lower the total number of entries that I received – and it did, but not by much. At the end of the day, I wound up with more than 70 entries that […]