I HAVE A BOOK DEAL!

If you were on Twitter or Facebook last week, you may have already heard the news. If not, I am ecstatic to announce that I’ve signed a three book contract with Kensington’s Lyrical Press for my debut novel, REALITY STAR and two sequels! The first book will be available in March 2017, but you can […]

What I Learned Reading for a Literary Agent

For several months in 2015-2016, I read for a literary agent. I loved getting to read a wide variety of manuscripts, but I also gained valuable insight not only into what agents do, but into my own writing. Interning teaches you a lot about your own tastes. For example, I learned that I’m really not a fan […]

What Not to Say to a Writer on Sub

Submission is brutal. Having a support group is crucial, whether it’s just a couple of close friends or a group. The process differs for everyone, but it’s nearly always emotional. It can last a very long time. In a group of writers polled about submission, common themes for getting through it included “drink more” and […]

Behind the Veil: A Peek Into Submission, Part 2

Last week, I posted the results of a survey I did, asking agented and formerly agented writers to anonymously share their submission experiences.  This week, I’m going to share some of the advice respondents gave for people going on submission for the first time.  Overall, the advice tended to follow a few major themes: Write […] 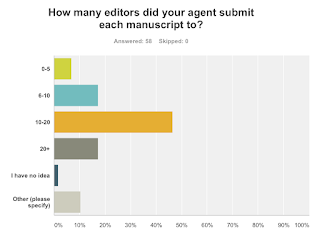 Behind the Veil: A Peek into Submission, Part 1

Submission is cloaked in secrecy. For those of you who don’t know, this is when agents send your book to editors to try to get a publication contract. It’s kind of like querying – but also very much not. Writers don’t talk about it much, because we’re not supposed to air every good and bad […]

This Book’s My Pitch: OUTLANDER

As you may be aware, I help host the PitchSlam contest run every year by the amazing L.L. McKinney. Writers submit a 35 word pitch for feedback, then their first page for feedback, then both together for consideration for the agent round. The hosts, with a slew of talented readers, work to pick the most polished […]

Some (Non-Writing) Reasons I passed on PitchWars entries

I know that, as writers, we tend to assume the worst. We’re an emotional, sometimes needy bunch. So when you get a form rejection from anyone, the immediate response is “I’m a terrible writer.” You need to stop doing that. Many of the mentors, including myself, said that a pass does not necessarily have to […]

10 Things About My Writing

This post is inspired by one my critique partner, Mary Ann Marlowe, did a few months ago. The idea is to share your own writing quirks to see if maybe they resonate with someone else. After all, no matter where you are in the process, we’re all in this together. When a manuscript is almost […]

What Getting an Agent Is and Isn’t.

Now, I’m not gonna lie, getting an agent was the single most exciting thing that happened to me in 2014. It’s an amazing validation of all the hard work it takes to get to that point, and it lets you know that someone else believes in your work. That’s all wonderful. But what getting an […]

Once upon a time, I was Defender of the Prologue! I was thinking about getting a cape and a badge and everything. I didn’t understand the war on prologues at all. I’d open a book, and go, “LOOK! THIS BOOK GETS A PROLOGUE! WHY CAN’T I HAVE ONE??* Yet, everywhere I looked, agents would say […] 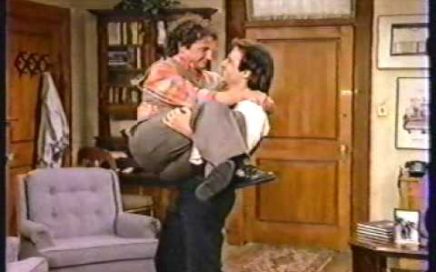 Spring has utterly failed to….er…. sprung in the northeast (that sentence would make sense if it were warm and/or not snowing…). The weather outside may still be frightful, but inside – the writing contests are almost here! #NestPitch submissions open on Wednesday. I’m reading slush for Team OneBasket, headed by the amazing and talented SC […]