In TELL ME THAT YOU’RE MINE Ryan McCallister and Eva Romero are two people trying to find a once-in-a-lifetime second chance at love. Fans of Tamarra Webber and Erin McCarthy will adore this emotional and heartfelt conclusion to Victoria De La O’s RITA-nominated family drama.

Rafflecopter for Tell Me That You’re Mine Blitz Giveaway:
Victoria De La O is offering one (1) lucky Grand-Prize winner a $25 Amazon Gift Card and three (3) Runner-Up winners an eCopy of Tell Me How This Ends, book #1 in Victoria’s Tell Me series! To enter, simply fill out the Rafflecopter below:
a Rafflecopter giveaway
About Tell Me That
You’re Mine: 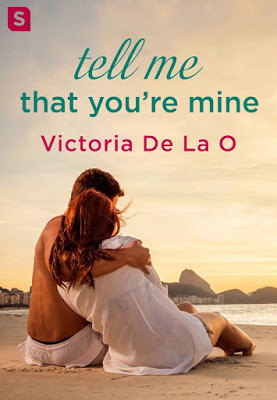 Title:
Tell Me That You’re
Mine
Author: Victorial De La O
Publisher: SMP Swerve
Release Date: August 29, 2017
Genre: New Adult Contemporary
Romance
Series: Tell Me #3
Format: Digital
ISBN: 9781250122100
Synopsis:
Ryan McCallister is ready to come home and put the heartbreak
of his first love behind him. But when he returns after teaching abroad, the
home he once knew isn’t quite ready for him. The woman Ryan once loved is
living with his brother; his friends have moved on; and his new landlady, Eva
Romero, seems determined not to like him.
But Ryan likes Eva. A lot.
It doesn’t matter that Eva has a six-year-old son and a
troubled ex-husband; when Ryan’s with her, everything makes sense. Eva isn’t
convinced she’s ready to take another chance on love, but Ryan’s determined to
show her he’s worth the risk.
Add to your “Want to Read” shelf:  Goodreads
Available at:  Amazon  |  Barnes and Noble  |  Kobo  |  iTunes  |  Google Play
Review: 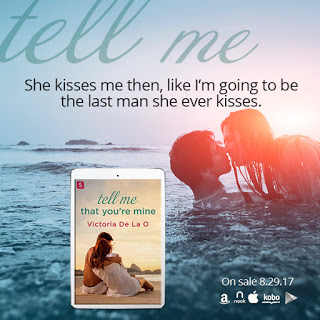 I’ve been a big fan of this series since the beginning. Ryan was such a sweet character, and watching his girlfriend fall for his brother in TELL ME HOW THIS ENDS was absolutely gut-wrenching. When I found out that the third book would finally give Ryan the happy ending he deserved, I got very exciting.
For some reason, I thought Ryan was going to fall in love in Japan and bring his new girlfriend home to rub in Lizzie’s face (wishful thinking, maybe?). But Eva is such a great character. While reading TELL ME NOT TO GO, I kept going back and forth between worrying she would try to steal Jeff and hoping she got her own book. Seeing the latter made me happy.
Eva’s not your typical romance heroine. She’s divorced with a kid, which I like. She’s more or less financially stable, largely thanks to having an in-law suite behind her house to rent out. She’s also a few years older than Ryan, which I also like.
Meanwhile, Ryan’s studying to be a teacher. He’s great with kids. And that makes him an excellent match for Eva. I liked the chemistry between the characters from the beginning, but the subplot with Ryan’s dad added a layer to his character which really took the book from good to excellent in my opinion.
Once again, De La O does a great job creating real people with real problems and putting them in situations where it’s impossible not to root for them. The emotion leaps off the page, the writing is beautiful, and the sex scenes are sizzling. I enjoyed every minute of this book, and I’m sorry to see the series end. Can’t wait to see what De La O writes next. Five stars.
If you haven’t already clicked away to buy it (which you should), read on for an excerpt.
It’s feels like an eternity since I’ve been
home. In reality, it’s only been a year.
My slow walk to the house is surreal. The lawn
is as pristine as ever, each blade of grass shorn the same height by Jude’s
meticulous mowing. The red geraniums I planted years ago are thriving. And the
dent in the porch rail, caused by my foot accidentally connecting with the
wood, is still visible. But I don’t remember the house being this uninspiring
shade of blue, or the crack on the front stoop being this wide. This house,
this city, used to be my whole world. It seemed a lot bigger then.
Discordance skitters over my spine: what should
be familiar is foreign, relief mingles with anxiety. Time snaps and contracts
as I knock on the front door, and suddenly it seems like an hour since I left.
A nanosecond. 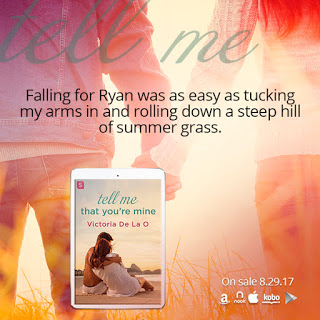 The door swings open, and the reason for my hasty
departure is staring at me. She’s as pretty as I remember—maybe more, damn her.
Green eyes that used to flutter when I kissed her, full lips that whispered
confidences in my ear.
Now, her face is frozen in a hostess’ smile. Her
fingers worry the bottom button of her pink cardigan and the threads begin to
loosen. She doesn’t know what to do because she wasn’t expecting me. I guess it
wasn’t nice showing up a day early.
“Ryan. You’re home.”
Home. Does
she mean mine or hers?
I had almost forgotten what Lizzie’s voice
sounded like, but its husky depth brings the memories of the six months we
spent loving each other rushing back.
Well, I had been loving her. She’d been falling
in love with my brother.
I wait for my heart to ache, but there’s only a
small twinge. That’s a surprise. In my mind, this was all so much more dramatic
and intense. Hard stares and pinched lips. A little social awkwardness seems so
mundane by comparison.
And then the door swings open wider and Jude is
there. My pulse stops—doesn’t slow, just ceases to exist for a second. Leave it
to him to bring the fireworks.
Like the house, Jude seems smaller than I
remember. Or maybe that’s because he has gone expressionless, his discomfort
hard-crashing him. His hands dig into his pockets, searching for an anchor, pulling
his shoulders into a hunch. It takes a lot to knock Jude off his game. Glad to
see I can still have that effect on him.
When he opens his mouth, no sound comes out.
It’s unusual for me to have to step up and be the better man when I’m around my
big brother. But today is that day.
Copyright © 2017 Tell Me
That You’re Mine by Victoria De La O
About Victoria De La O: 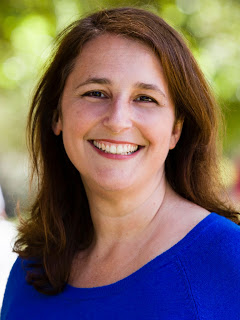 Victoria De La O is the award-winning and RITA®-nominated
author of the Tell Me romance trilogy, including Tell Me How This
Ends. A native of California’s Silicon Valley, she spends time hanging out
with her family, arguing about films, and practicing Wonder Woman spins, She
loves talking to readers, so find her at www.victoriadelao.com.
Website  |  Facebook  |  Twitter  |  Goodreads  |  Amazon  |  BookBub 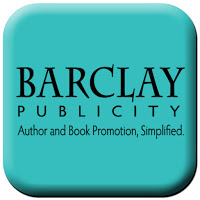