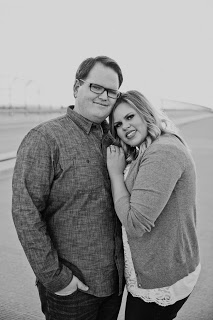 Jess and Britney Gulbrandsen are a husband and wife writing team who spend their romantic date nights discussing plot points and hunting for Big Foot. When they aren’t writing, Jess and Britney like to read aloud first lines of novels and create dialogue for their children and dog.

In his spare time, Jess enjoys fishing, arm wrestling, and extremely low-budget monster movies. Britney spends most of her days making lists, reading, and trying to keep the little ones from burning down the house.

She also talks about books and writing on her website: www.britneygulbrandsen.com 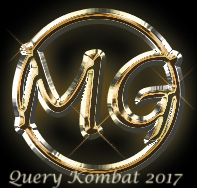 Twelve-year-old José Villa wants to be brave like his best friend, Bubba, but he’s more terrified than a fresh bass at a fish fry. So he accepts his role as sidekick in Bubba’s daring, and mostly harebrained, schemes and adventures.

But when José sneaks into a pasture with Bubba in the middle of the night, he encounters a horror he couldn’t have imagined: zombie freaking cows. Oh, and the evil witch Agatha Winters, back from the dead and ready to get revenge on the town that killed her. Not knowing what to do, José and Bubba team up with a young witch expert. Together, the trio works to stop Agatha, encountering a creepy undertaker, an incompetent sheriff, and a horde of demonic squirrels along the way.

When his friends get locked up, it’s up to José to become the hero of the story. He must overcome his fears and stop Agatha before she hoodwinks the whole town into jumping from the same cliff they pushed her off of years ago.

An angry wind echoed through the night as I read the cracked wooden sign nailed to the fence. “Warning: Trespassers will be skinned alive and deep fried.”

A chill rattled my shoulders. It’d be a miracle if I lived to see the seventh grade.

Bubba scraped a large chunk of manure off the bottom of his boot and grinned. “It’s tipping time.”

In Trout Bend, Alabama, cow tipping wasn’t just a hobby. It was an art form. All the best tippers came from our town, but the greatest of them all was my best friend, Bubba—better known around these parts as the da Vinci of the Dairy.

Unfortunately, like most great artists, Bubba had started to go a little bit loco. Actually, scratch that. There was nothing little about it. That boy was nuttier than a pack of rabid squirrels on a cashew binge. I mean, why else would he have dragged me out to Buck Miller’s pasture in the middle of the night?

I gulped. “Bubba, are you sure this is a smart idea?”

He laughed as he squeezed his round body between a couple strands of barbed wire. “Course it ain’t no smart idea, José. But it’s like my daddy always says, ‘Ain’t nobody ever have any fun being smart.’”

I wanted to point out that nobody had ever been arrested for being smart either, but Bubba didn’t like talking about that. I took a deep breath and slid my way through the fence.

Posted in Blog and tagged QueryKombat 2017.