In the days leading up to Query Kombat, I’ll be featuring guest posts from the judges on a variety of writing topics, from ways to polish your writing to common openings. Check back and follow me on Twitter to stay updated. Today’s post is from Elizabeth Roderick.


Simple(ish) Tricks to Make Any Style of Writing Better

I’ve done a lot of critiquing, beta reading, and professional editing, so I’ve had the privilege of working with people who write in all different styles and genres. Each style and genre has its own rules, and I’ve learned to appreciate them all on their own merits.
There’s a lot of writing advice that doesn’t take the differences in genres into account. Some of it makes me want to headbutt the person giving it, because it amounts to a style critique rather than sound writing advice, especially if applied indiscriminately. This sort of writing advice can impede creativity. 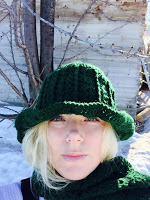 Elizabeth Roderick is
a freelance editor, and the author of many strange novels. You can find her on
Amazon.